Basalt flowed freely over Flinders Island in the period after Tasmania had broken free from Antarctica and commenced its northern drift to our present location.

While much of this lava is today covered over by more recent sand deposits, we can see a spectacular outcrop of this most intriguing rock at Petrifaction Bay.

At Petrifaction Bay you can see outcrops of a basalt lava that erupted and flowed down an ancient valley on Flinders Island around 20 million years ago. The rock is igneous which means “formed from fire” and the remains of this ancient furnace can be explored here today.

At low tide you can see an impressive basalt boulder field scattered around the shoreline here at Petrifaction Bay.

Where did these come from – what force scattered these ancient stones across the foreshore? Look closer and the clues are revealed. As you follow the line of rocks across to the west you can see some fresh rounded rocks weathering out of the basalt lava flow here. 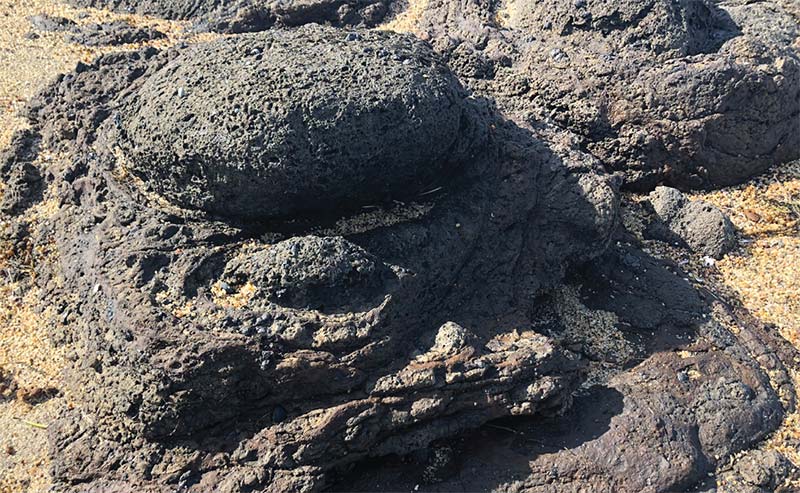 The final piece of the puzzle is the basalt with columnar jointing. This joint pattern formed as the basalt lava cooled. 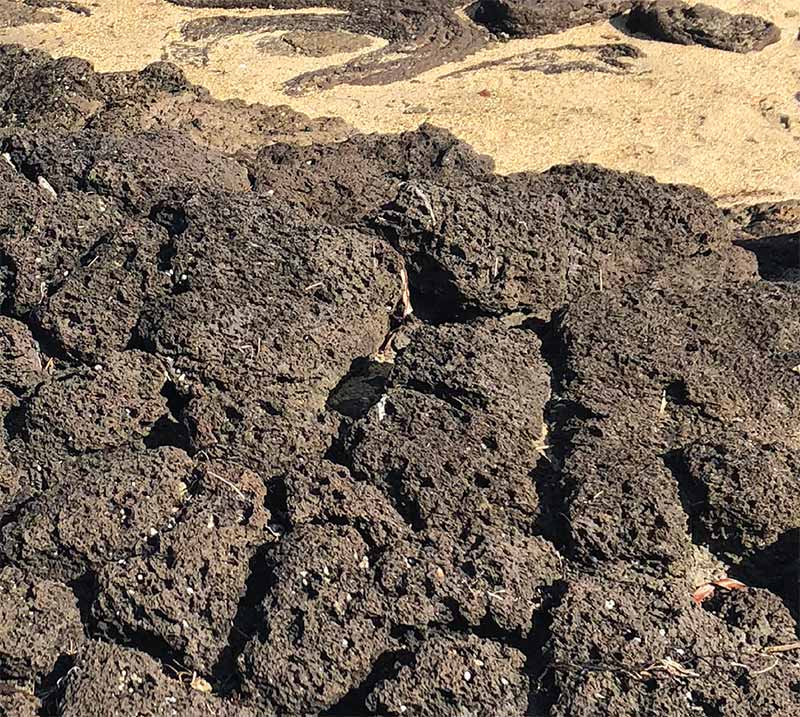 Weathering from the edges of the hexagonal columns leaves a central unweathered zone which can be exposed by erosion of the more weathered rock. This begins their long journey to become stand alone, rounded rocks.

The name Petrifaction Bay comes from the petrified logs which have been found in this area. The logs were deposited in an ancient, swampy valley prior to the eruption of lava. As the lava flowed, hot ground water percolated and replaced the logs with quartz and calcite, forming the petrified wood. 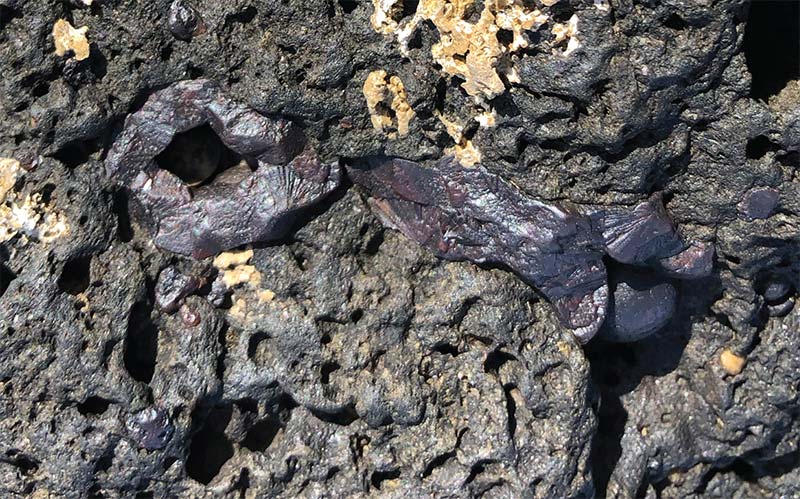 Putting basalt on the map

One thing that you won't see much of on a geological map of Flinders Island is basalt. Only local areas occur at the surface. By contrast however, when you look at a magnetic image of the island there’s lots of basalt. 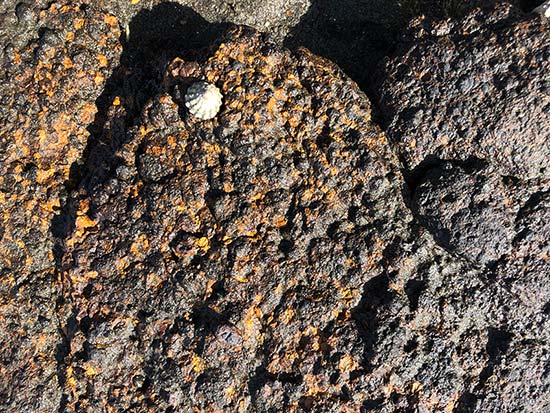 Prior to that there was a deep period of erosion on Flinders Island. Large valleys were carved into the granites and the Mathinna Bed basement. 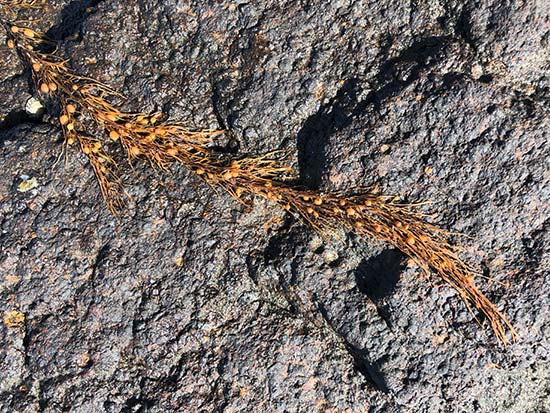 As Tasmania was moving away from Antarctica and the Tasman Sea was opening up basalts were extruded throughout Flinders Island and northern Tasmania. They erupted onto the surface of the land.

Essentially the basalts came up to the surface and tended to flow down into the valleys.

In the valley before the basalts flowed there would have been mainly swampy ground maybe with a few trees.

The magnetic imaging today shows these basalts in place but they’ve been covered over now by sand. 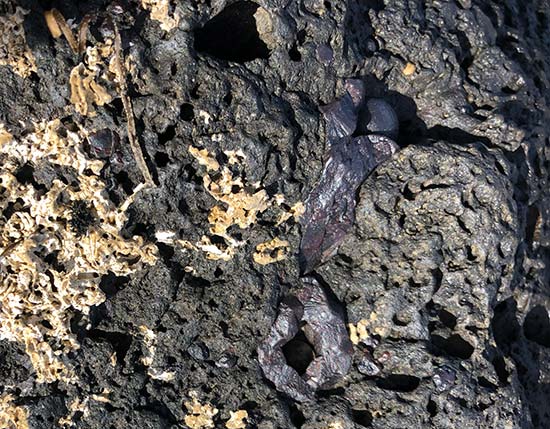 So these basalts flowed into this swampy ground with bits of trees and other organic matter.

They captured some of this plant material as they went and some of the tree particles are there but have been replaced by silica to give us petrified wood. Its interesting that as the basalt flowed over the wood it smothered it and so as there’s no oxygen the wood couldn't burn. 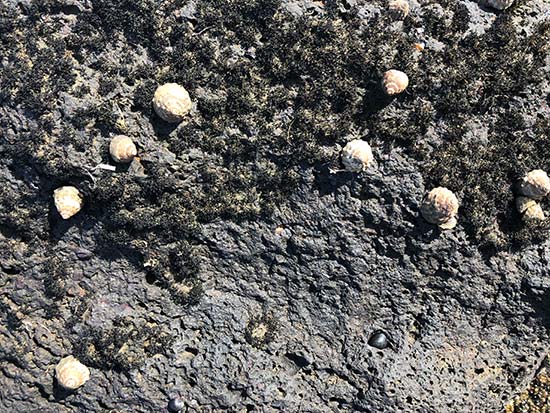 When we look closely at the basalts at Petrifaction Bay we can see some odd looking crystals in the rocks which are called amydales.

The rock here is a basalt but its a basalt that’s full of tiny holes and these were gas bubbles that formed at the time the lava was erupting over the land surface.

Later as the basalt cooled carbonate crystals developed in the gas bubbles and these carbonates were later replaced by irons and that’s why they are looking red now. 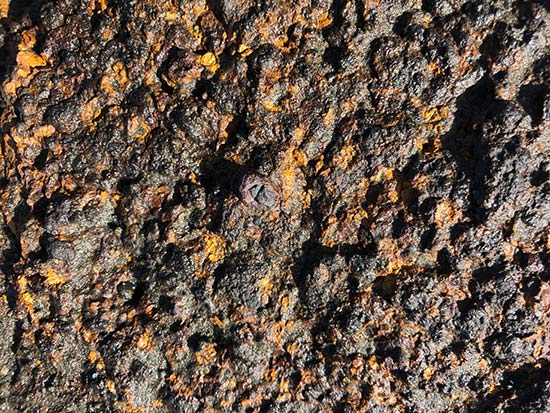 The basalts with a holey texture, formed when the gases escaped, are often called vesicular basalts. When the holes are later filled in by other crystals it's called an amygdaloidal basalt. 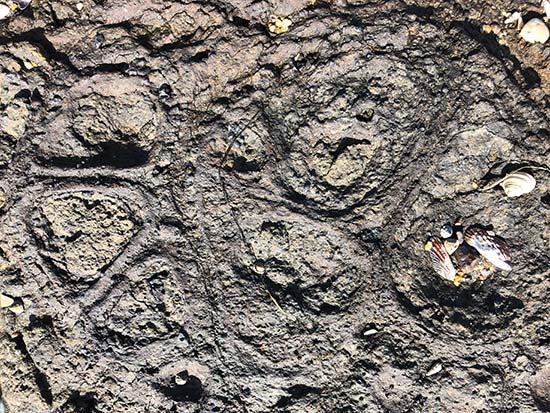 Other examples of the basalt at Petrifaction Bay show developed cooling joints. These columnar joints are usually perpendicular to the cooling surface and hexagonal in cross section.

It’s interesting that the weathering is really focusing on the edges to the columns so its making them stand out even more.

As the basalt weathers further they get this sort of texture - here’s your original basalt column and it’s been progressively weathered in from the surface to leave this corestone in the middle. 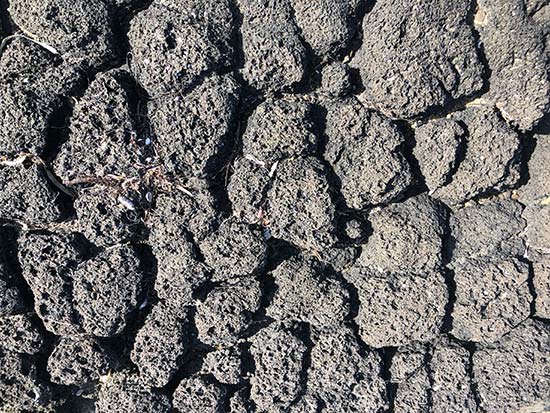 This is called spheroidal weathering. 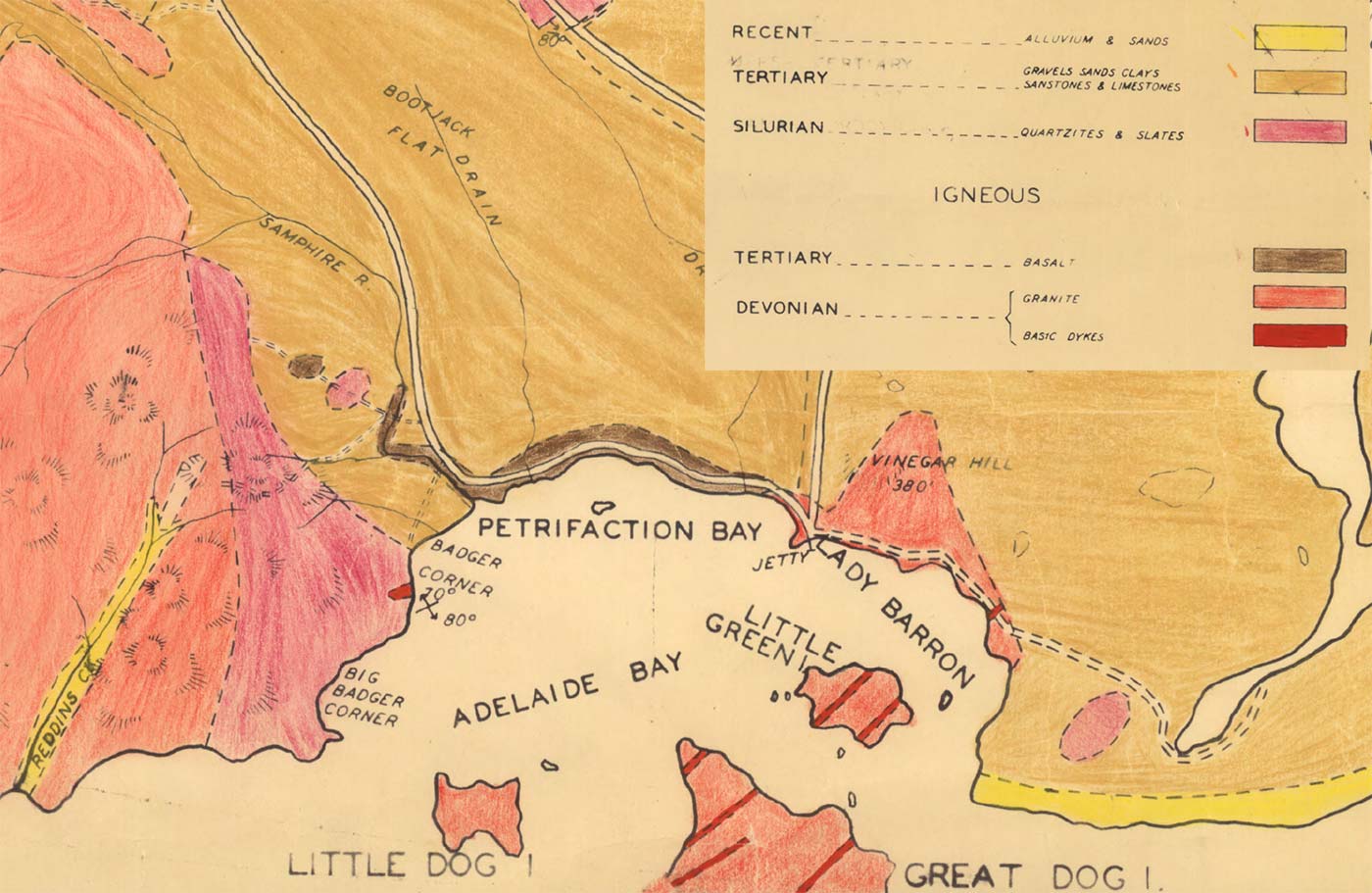