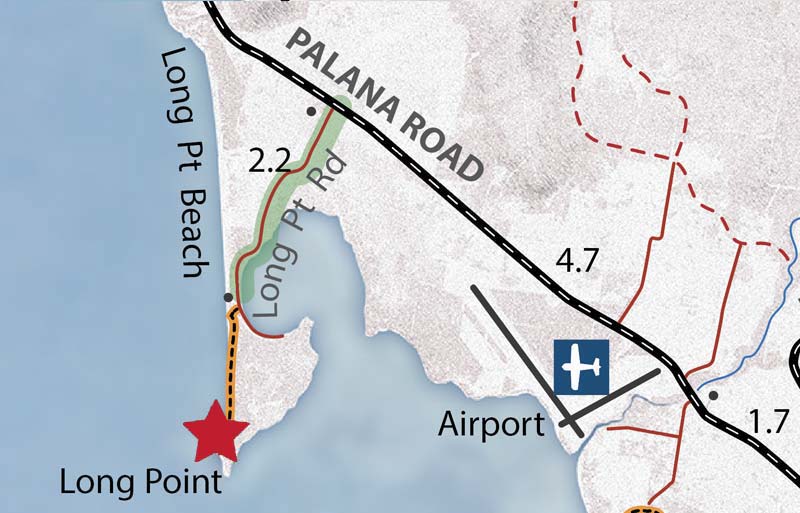 The Long Point Walk begins at a car park near the end of Long Point Road, about 400m beyond the Bird Viewing hide. It is an easy to moderate walk (1.5-2hrs, 4km return). This coastal walk highlights a range of interesting geological features 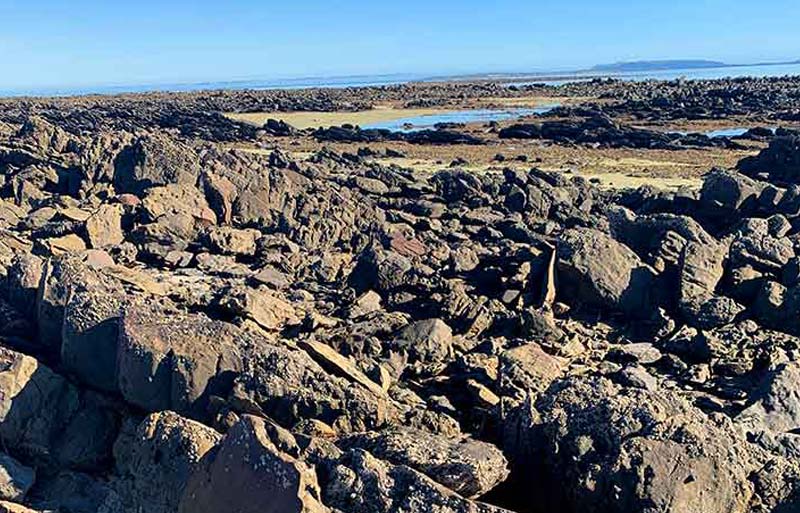 At Long Point, there are excellent outcrops of metamorphosed Mathinna Beds slates and metasandstones. These are the oldest rocks in the Furneaux Group. About 420 million years ago fine grained sediments were deposited in deep marine conditions. The sediments were then deeply buried and transformed into shales and sandstone rocks.

The shales are formed from the fine grained sediments, while a sandstone is formed from coarser sand sized particles. About 400 million years ago, the rocks were subjected to high temperature during the intrusion of granitic magma and the shale and sandstones were transformed into slate and metasandstone. Over time the rocks have been uplifted, folded, weathered and eroded.

The Mathinna Beds rocks are found at several other places on Flinders Island, including at Badger Corner and at the Bluff where they are well exposed. In the past the slate from the Mathinna Beds at Long Point was used by islanders for flooring in their homes.

When the sea level last rose after the last ice age about 6000 years ago, Long Point would have been a low rocky island, about 1-2 kilometres offshore from the mainland and surrounded by very shallow water.

Since then the shape of the coastline south of Blue Rocks has been extensively modified by the formation of a sandspit. Ultimately the sandspit has connected the island with the mainland forming a tombolo or tied island. 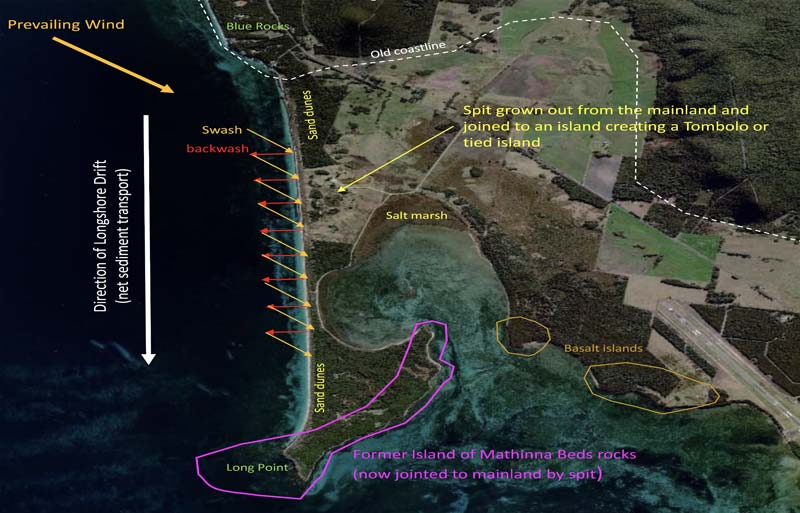 Sandspits form by a process called Longshore Drift - the movement of sediment along the shore by wave action. The prevailing wind direction causes the waves to approach a beach at an angle.

When a wave breaks and travels up the beach (swash), sand grains are transported and are deposited on the beach. When a wave moves off the beach (backwash), the sand grains can be captured and carried back out to sea, typically at right angles to the beach.

This process is repeated many times, and results in the net transport of sediment along the beach. Sand from the beach is also blown inland leading to the formation of sand dunes. In the sheltered bay behind the sand spit and dune, a shallow water bay with marsh land has formed. This provided an important habitat for bird life.