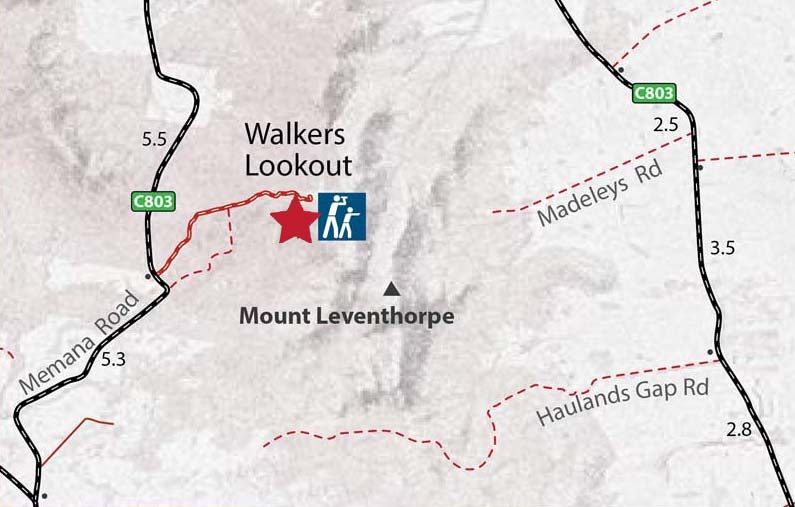 The ragged skyline of the Darling Range can be seen from most parts of the island. The rocky summits of Mt Leventhorpe, Counsels Peak and the Matterhorn-like Pillingers Peak are all composed of granite, which intruded deep in the Earth’s Crust as a hot magma between 400 and 380 million years ago.

Walkers Lookout is a low hill on the western flank of the Darling Range that provides extensive views over most of the island. Unlike the rest of the Darling Range, Walkers Lookout is composed of sedimentary rocks (Mathinna Beds) that were deposited between 405 to 420 million years ago. The layers of sandstone and siltstone that make up the Mathinna Beds were baked by the heat of the later granite intrusions and are now transformed into quartzite and slate.

Between 200 and 23 million years ago, tectonic forces associated with the separation of Australia and Antarctica and the opening of the Tasman Sea have uplifted and exposed the granite and Mathinna Beds to the Earth’s surface forming the Bassian Rise, a ridge of older rocks that extends across eastern Bass Strait from Tasmania to Wilson Promontory. 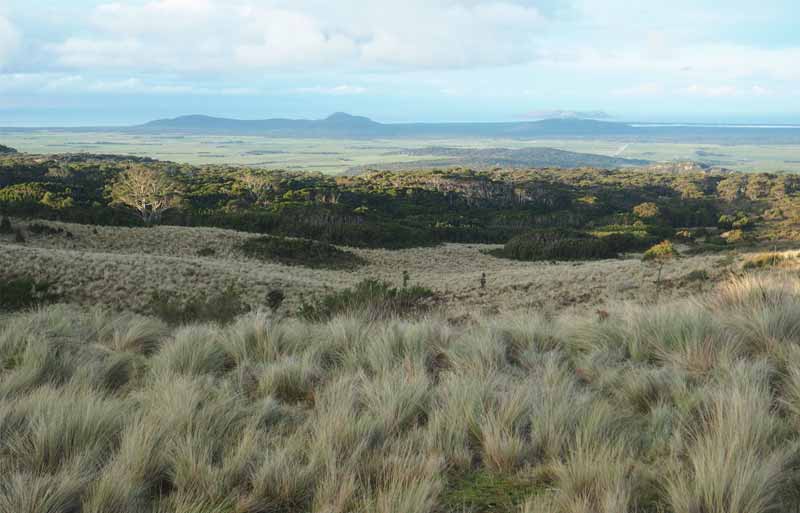 View northeast towards The Patriarchs and Babel Island 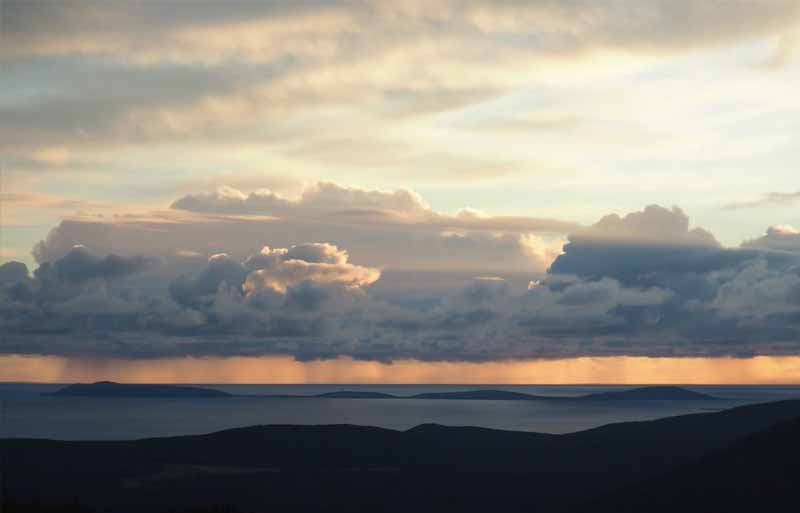 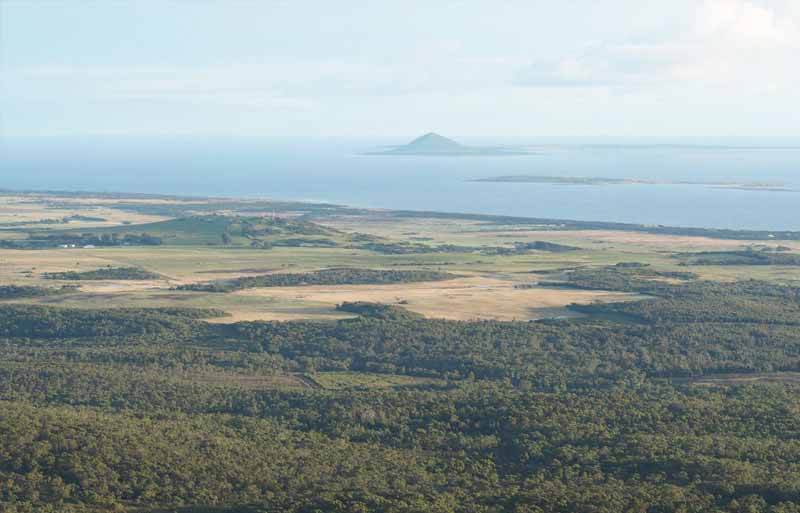 As you admire the superb view from Walkers Lookout, spare a thought on the geological processes that have shaped the Flinders Island we see today.

The build up of sediments in the Mathinna Beds ended in the Devonian period around 400mya.

Deformation along the trailing north eastern continental edge of Gondwana resulted in widespread folding and uplift of rocks.

This mountain building event is called the Tabberabberan Orogeny. It lasted for tens of millions of years and affected much of the Australian east coast.

The breakup of Gondwana started around 180mya when Africa and South America broke off the supercontinent.

This event coincided with a new array of volcanic activity across Tasmania which saw huge dolerite dykes intrude into existing ancient rock layers. These are mostly seen in the Furneaux Group today in the precinct around Cape Barren and southern Flinders Island.

While ice formed up in glaciers and sea ice across the world, sea levels fluctuated wildly from between 20m-130m below current levels. This had the effect of not only opening and closing a land bridge between Tasmania and the mainland but also of creating a shallow embayment to the west of Flinders Island.

As sea levels rose and fell, sands from the newly exposed marine areas blew up over the island covering up most of the low-lying rocks. Sands from the bay to the west were rich in marine shelled animals called forams.

The 'Roaring 40s' winds piled these shells up to create a type of limestone / calcareous sand. To the east the ocean sands tended to accumulate more gently into compacted beds of quartz grains and marine fossils.