Egg Beach is one of the most photographed landforms on Flinders Island. It is a high energy beach consisting of thousands of cobbles and boulders of well-rounded granite.

It can be accessed by walking around the rocky shoreline from the West End Boat Ramp for a distance of about 2 kilometres. Care should be taken if the tides are high or the rock platform is wet and slippery. This may be too challenging for some and a good alternative is to visit the nearby West End Beach. 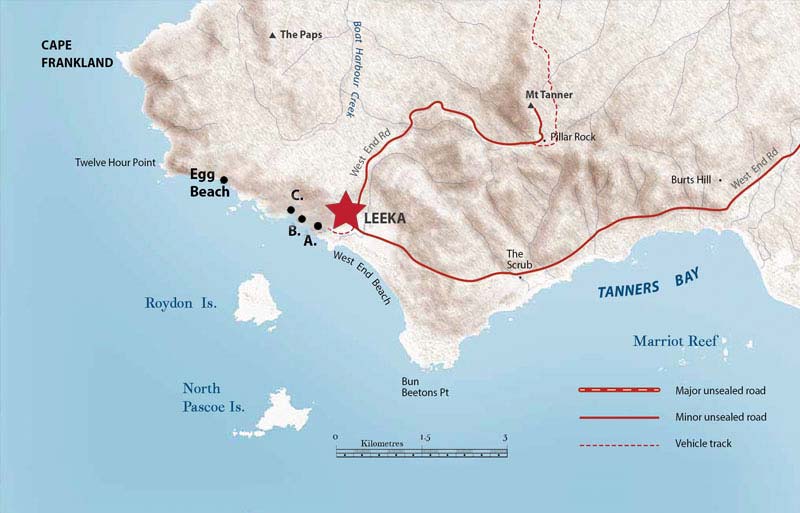 The walk to Egg Beach highlights two different granite bodies. The granite at the boat ramp is a coarse grained granite. It is the same granite that is exposed on Mt Tanner, Killiecrankie, Mt Killiecrankie, Mt Boyes and Mt Blyth.

The second granite is a medium grained granite that is exposed at Cape Frankland and nearby Roydon Island and the Pasco Group to the south. The contact between the two granite bodies is exposed about 150m west of the Boat Ramp (Stop A). 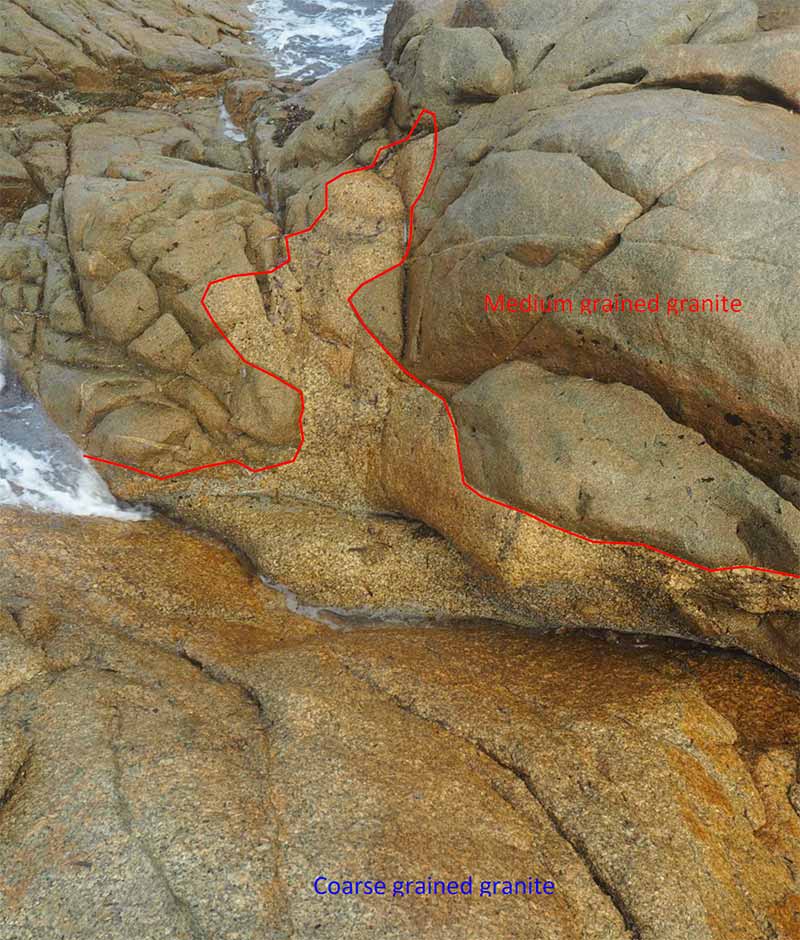 As you continue along the rocky granite shore, keep a lookout for a sea stack of Pleistocene calcarenite in the next large bay (Stop B). 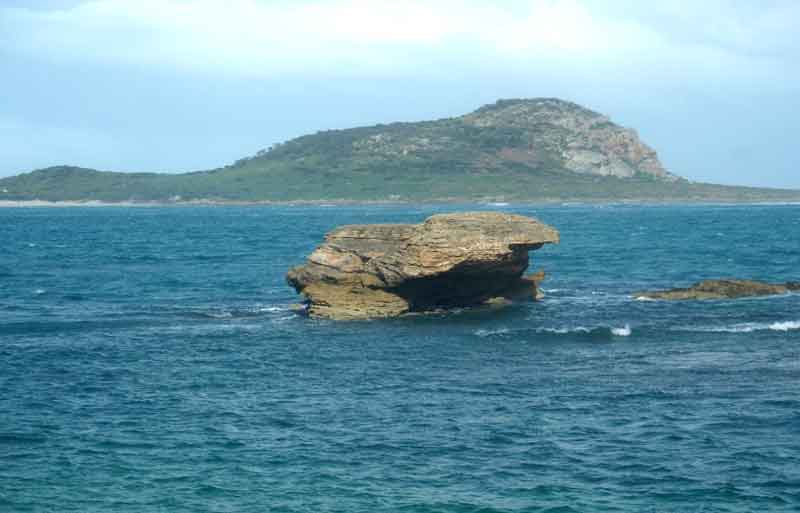 The bay with the sea stack is backed by a white sandy beach with a steep eroded escarpment that shows a profile though multiple generations of sand dunes (Stop C). Older Pleistocene dunes outcrop on the beach at low tide and are overlain by at least three sets of younger unconsolidated dunes with a distinct layer of calcrete or zone of secondary carbonate at one horizon. Parts of this layer have collapsed forming boulders on the beach. 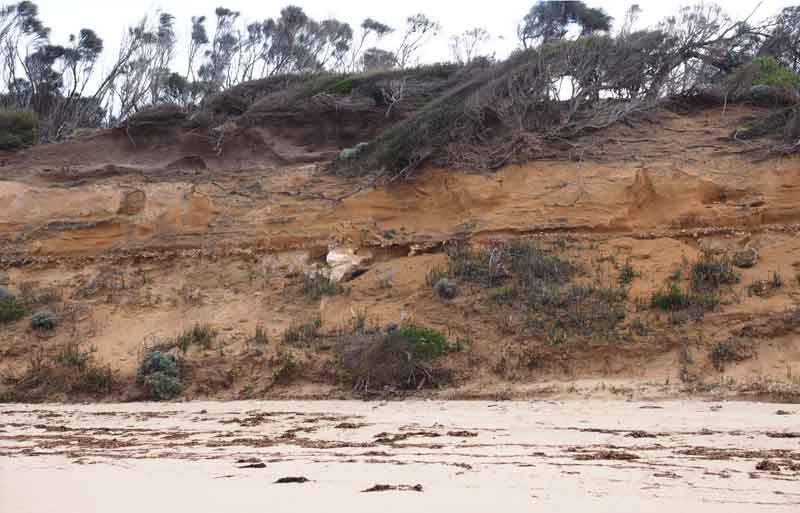 Multiple generations of sand dunes. Older Pleistocene dunes outcrop on the beach at low tide and are overlain by at least three sets of younger unconsolidated dunes with a distinct layer of calcrete or zone of secondary carbonate at one horizon. 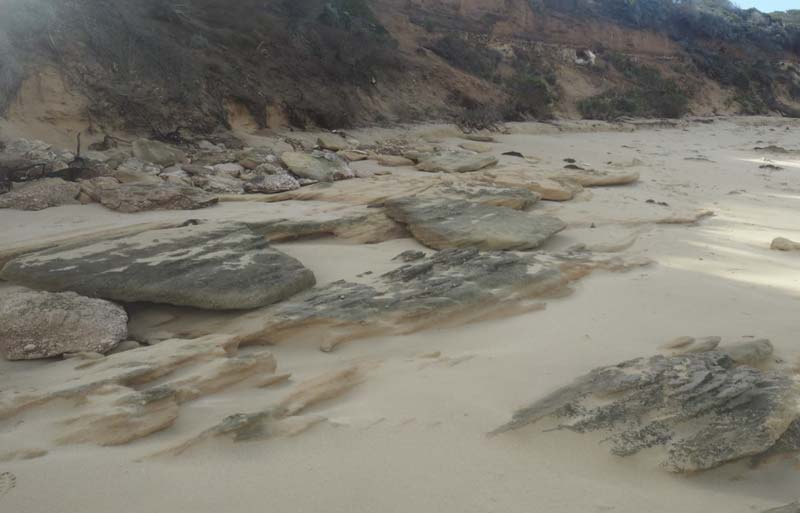 Outcrops of Pleistocene Calcarenite with the younger dune sequence at rear. Notice the collapsed boulders of calcrete. 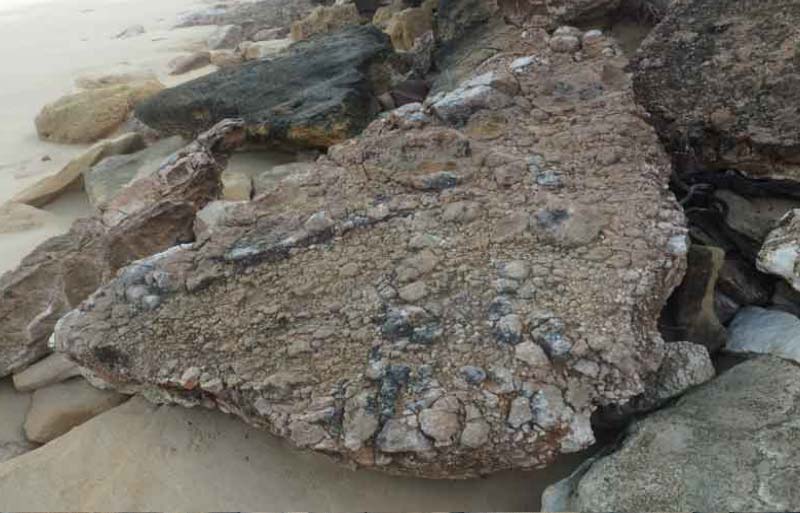 Boulder produced by the collapse of the calcrete layer showing strong brecciation and the presence of an iron rich cement.

Between Site C and Egg Beach (Site D), the coastal route is very scenic with fine views towards Roydon Island and Twelve Hour Point. Once at Egg Beach, retrace your steps back to the boat ramp or those with more time to explore could continue to the distant Twelve Hour Point or Cape Frankland. 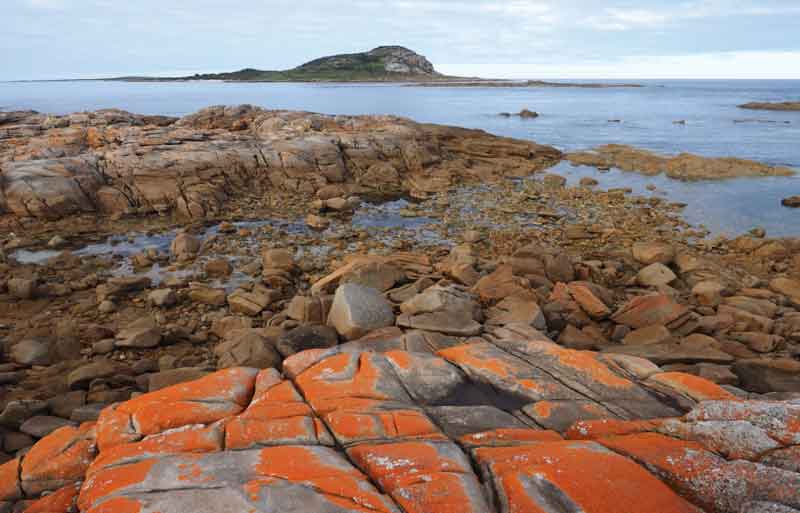 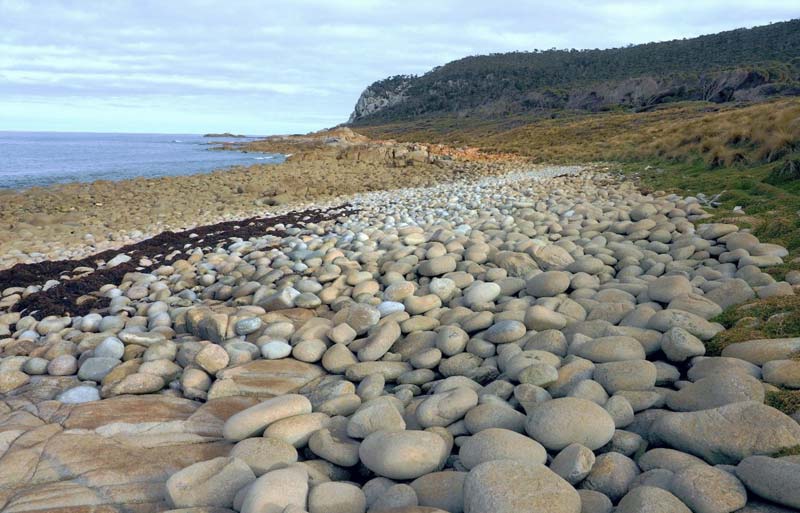 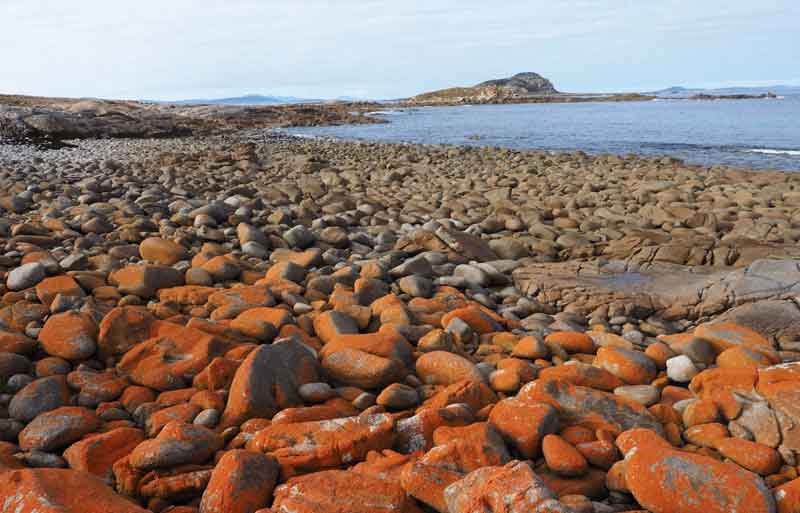